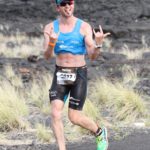 So many words jump to mind to describe the journey to get to Kona but even more would be needed to sum up the day!

I’ve been with #TeamTissink since mid 2012 and immediately knew what I wanted to achieved and soon realized that I was surrounding myself with the right people to achieve these goals.

I think anyone that ever signs up for an Ironman has some sort of hope of reaching Kona and if they don’t they should. I’ll tell you know to beg, borrow or steel to get there. It’ll be worth it!

As soon as qualification was realized the fund raising began and I was seeing my dream come true due to so many people who contributed in many ways to help make my trip happen.

Fast forward to the 3 October as I was boarding the plane with my girlfriend in tow to embark on this mammoth journey and flight. I don’t think I ever do things the easy and flying Cape Town – Joburg – London – Vancouver – Honolulu was no exception. Yes I went to Honolulu for 2 days of holiday before heading to Kona. I think I’m also a little unconventional sometimes.

Arriving in Kona on Wednesday before the race and instantly realized the heat wasn’t a joke! Due to this I chose not to run leading up to the race and rather save my legs, I think this played into my favour on race day.

As I’m sure many of you have seen race day in Kona starts with body marking making it an extremely early morning. Having got through that I realized the rest of the day would be easy 😉

I bumped into Annah pre race, thank goodness I don’t get nervous pre race as she would’ve sent me over the edge. She ended up having a great day!

Into the water for only second ever wet start, not something you can ever really practice but at least we were given some space to move. Immediately after the gun went off I realized that there would be a lot of swimmerets around me the whole swim as so many people in this race can and want to swim around and hour so I ended just being dragged around in the mess of swimmers for most of the 3.8kms. No troubles on the swim barring one errant foot which caught me square on Zoggs Predator goggles (unashamed product plug, everyone is doing it nowadays), there was a brief moment where I thought it might swell in the warmer than normal water but those thoughts subsided quickly. Out the water with a decent time of 1:03.

I cruised through transition and was out on the bike course instantly impressed with the quality of road surface provided even when still in town. The bike leg flew by even though we had a nasty head wind for the last 40ish kms. The surprise rain storm in Hawi was quite nice too! I was hoping to ride around 5:30 and got off the bike in 5:32, things were looking good.

I managed to conserve a lot of energy on the bike by not being silly (probably a first for me) and felt really good going out onto the run. But still knew that it could go very wrong very quickly on this course in this heat, I saw figures of 39 degrees being recorded out the course. So steady pace it would be for as long as possible all while trying to stay cool between water points. My steady pace kept me going nicely to the Natural Energy Lab and out of it, I think from there I managed to pick up my pace a bit for about 5kms, then slowed a bit for the long drag up to the top of Palani but from there it all downhill and into the finish straight. I soaked that up good and proper and am so glad I did, what an experience to cruise down that finish straight that I’ve watched on YouTube so many times! Ended up running a 3:38 to give a finishing time of 10:22.

I’m sorry if this is a very boring race report with me heroic moment of digging deep or survival from a battle. But I went into this race with a plan and stuck to it and it worked! I was able to have an incredibly day out at the biggest race I could ever imagine doing!

Before the race I said I wouldn’t ever want to go back there, too far, too expensive, too much training to qualify…

I’ve already got a plan in place to get back there!!! It’s that good!

Sponsors first, thank you to Zoggs, Velocity Sports Lab and Lionsportracing for the product and financial support.

Again thank you to everyone who support my fundraising efforts, there are too many people to mention but all of you who contributed made my dream come true!

Thank you to Raynard and Natalie of #TeamTissink for the support, encouragement and guidance over the past few years which has helped achieve my goals.

A massive thank you must go to girlfriend, Natalie, who not only put up with all my training but played a huge role in helping with the fundraising efforts and was there on the race day to offer loads of support and encouragement.