The hospitality (Gloria Sports Arena) was nothing short of exceeding all expectations. Completely designed to bring out the very best in sportsmen and women. With airport transfers, all meals and beverages included, the only thing that was not done was the putting together of my wife….bicycle. Spending time on pool deck surrounded by former and current Olympic champions. The reality of the life they live is not all strawberries and cream. It’s physical labour day in day out ultimately because of the love for the sport. This set the tone for what can only be described as my best race to date. 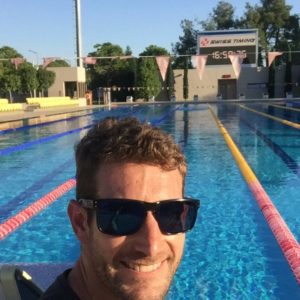 When arriving to races like this you have no idea the quality of competition and Europe always has a knack of throwing surprises. So the only way into combat is to be best prepared. The goal – sub 4hrs – I had set a time frame, no distractions, no interferences just prep and race. It was cheeky to believe I could achieve it but the goal was in black and white. I came short but…nothing like keeping the appetite.
It’s been a long time since a restless night before a race which leads me to just how important this little adventure was to me. Going into transition race morning had its usual high alert nerves but the with pre Charlie Bennington (Linkin Park) sounds of Rollin’ (Limp Bizkit) echoing from passing athletes a sense of calmness prevailed.
After a couple days of breathless weather. Race day produced nothing of the sort besides the heat, the wind decided it felt welcome which changed the race conditions considerably.
An announcement that the swim was going to be non wetsuit caused some commotion but a little fist pump from me. The choppy waters was good fun but nothing like the picturesque Mediterranean we all envisage. A two lap swim which incorporated the famous Australian exit and proving the Aussies lost their minds was rather entertaining for the heart rate. 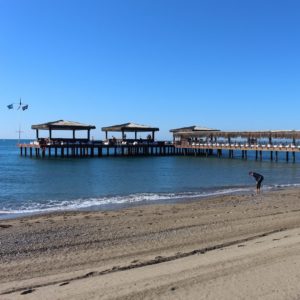 The bike course although super flat (30m elevation in total) was completely exposed to the elements. The planned uncomfortable pace went from 30km to 60 to 70 purely because, for a change I felt right at home. The dancing shoes were rhythmic and boy did we tango. The last 20km realization struck “better wind your neck in youngster or else.” I must say the pleasure of a lead motorbike will never be forgotten especially with “it’s all about the bass” blaring out which allowed the mind to distract for a moment from the pain and reveal a quick outburst of laughter knowing a few people who would enjoy hearing that.
Running where one should feel right at home but never really does. This run was different unless you have been exposed to the Sun City race. Undulating and comprising of different surfaces (tar, concrete, grass and trail) which is not everyone’s cup of tea but does make life interesting. It does however possess the ability to produce a fast run split which was probably the only real disappointment for the day.
Leading from start to finish is another level of pressure as in the back of your mind you thinking if I go any slower I am bound to get caught. Clock watching 3:50’s become 4’s become 4:10’s. PANIC, no STAY calm, PUSH, EASY, look back, phew we should be ok. As a famous Team Tissink Pro said to me make sure you enjoy the last 8 seconds. That I certainly did. It made all the pain, suffering, smiles and miles all worth it. 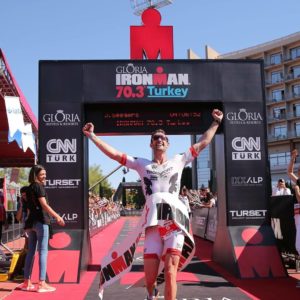 A genuine Turkish delight.
Well done to Salome Loots and Al Preston who flew the flags high. Thanks everyone for the support. I have been overwhelmed by all the post race messages. It certainly goes a hell of a long way. As new friendships are formed and existing ones get stronger we realize the love we have for this sport.. Ray and Natalie touché – every ounce of feedback and guidance hit the nail on the head.