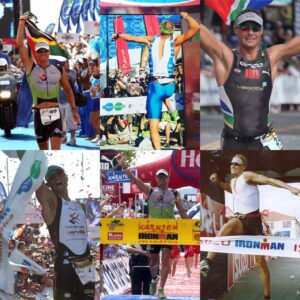 Competed in the sport of triathlon for more than 30 years, competed in 33 Ironman races and achieved 4 Top 10 finishes at the World Championships in Kona, Hawaii. 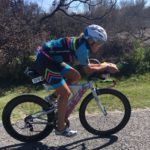 Natalie Tissink brings over 25 years of teaching, coaching and racing experience in swimming and triathlon.

Natalie is a past South African National swimming champion, a Springbok life saver and South African triathlete – with numerous victories both locally and internationally.

Natalie has started an online Team Tissink Coaching business in 2006 when Raynard was still racing professionally, and built up a steady following of athletes – many whom are still training with the Academy today.

She swam competitively from the age of 7 through until after matriculating, and started racing triathlons 2 years after leaving school.

Natalie started coaching swimming in Sandton at the age of 18. Her swim school continued to grow until she had 6 teachers working for her at Morningside Virgin Active. She then expanded the business and opened franchises in Cresta, Benoni, Northgate and at their home pool in Weltevreden Park.

After several years of racing professionally overseas for 4-5months of the year, Natalie and Raynard decided to move to PE for a quieter life-style and better training environment.

SO, in 2005, they sold the business and moved to PE. Health issues forced Natalie out of racing and she started the triathlon coaching business, and has been doing so ever since.

Natalie is also responsible for overseeing much of the business aspects of Team Tissink, including social media marketing and advertising campaigns for the Coaching Academy.

She handles all the financial aspects of the business, including all the invoicing and statements, kit design and all brand exposure.
Natalie also co-ordinates and supervises events, clinics, and training camps, including all the planning, sponsor involvement, marketing and advertising.
Natalie is also currently responsible for managing all the Isuzu South Africa race entries and kit arrangement. (Triathlon and mountain biking specific)